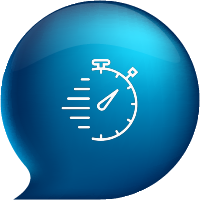 The Avicorvi company, (formerly known as FANALBE) began activities in 1975 when Mr. Edgar Orozco manufactured the drinkers to be used on a farm of which he was a business partner. The poultry farmers who visited the farm always asked who manufactured the water drinkers and, little by little, the product became well known in the sector. Mr. Orozco also carried his products in his car to promote them at every poultry event he was able to attend. This is how poultry farmers commissioned the manufacture of the drinkers, and Mr. Orozco felt the need to find a place with the necessary infrastructure to meet customer demands. In December of 1979, the company registered with the Chamber of Commerce under the name of FANALBE, an acronym for Fabrica Nacional de Bebederos (, in Spanish).

Production began in a leased location, with few employees and low-technology equipment that was quickly growing, improving product quality, reason why FANALBE was recognized as the most important manufacturer of automatic feeders and drinkers in Colombia. In 1982, Mr. Edgar Orozco received the Medal of Industrial Merit in recognition of his contribution to the economic and social development of the Department of Risaralda, from the Ministry of Development and the Popular Financial Corporation (Corporación Financiera Popular, in Spanish).

Due to the economic crisis that Colombia experienced during the year 1999 affecting the national GDP, which brought disastrous consequences to the local poultry industry, FANALBE LTDA close its doors. Subsequently, during the same year, after a great effort to continue serving the national poultry industry, the company was opened once again, this time under the name AVICORVI. The company renewed its installations making important investments in infrastructure, manufacturing equipment and computer software technology, making it possible to improve all its processes.

AVICORVI S.A.S. is a leading company in the poultry industry, headquartered in the main coffee region in Colombia (South America) , where we design and manufacture our products always promoting simplicity with maximum efficiency , providing an integral service to our customers, locally and worldwide, and permanently looking for new national and international markets.